Yacon, is native to South America and grown for its crunchy tuberous roots. This perennial plant can easily be identified by its small, yellow, daisy-like flowers surrounded by dark green leaves. It may grow to over 6 feet in height. It also happens to be pest-free and drought resistant. Yacon roots are sweet-tasting and crisp. The plant matures 6-7 months after planting. The tubers are to be harvested once the flowering top withers and dies. The most preferred way of eating yacon is in its raw state.

Control of blood sugar levels, control of cholesterol levels, boosting immune system and helping in weight loss, control of type II diabetes, used as natural sweetener, cancer prevention: It is a potent anticancer agent for it inhibits the proliferation of mutant cells by initiating apoptosis (programmed cell death). It is found effective against skin, colon and blood cancer.

Prevention of Fatty Liver, reduced Triglycerides, Probiotic effects: It is associated with correction of digestion by increasing intestinal flora and preventing colitis.

Cure for Constipation: It is a used to increase intestinal motility thus reducing constipation.

Antioxidant Activity: Chemical analysis of yacon has shown antioxidant activity which prevents the body from inflammatory and chronic diseases. This is one of the chief yacon root benefits. Anti Fungal: Yacon leaves have reported important anti fungal effects. The yacon leaf may be used in the treatment of fungal diseases like athlete’s foot. 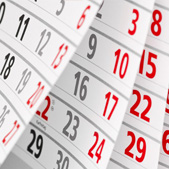